Summary: The committment API is how cryptographic hash functions work. This is basically a starter to how public/private key encryption through hashing works

How the commitment API works

//applying a commit function to a message, will return a com(committment val) and a key //property 1: Hiding - Given only com, its infeasible for anyone to find out the message so the message itself is hidden

//publish key, msg and the user presumably already has com this will allow the user to verify the mesasge //property 2: Binding - Its infeasible to find a message2 such that verify(commit(msg), message2, key) == true. This basically is there to ensure that once you have committed to a message you cannot modify and use the commitment with a different message

Summary: Hash pointers provide a mechanism to have the following properties.

Purpose of a hash pointer:

The following are two examples of dumb bit-coins which work but have obvious problems:

Transactions are done in a block chain fashion as follows

Cons: Double Spending Attack : It’s impossible to detect if the user sends the same coin to multiple users thereby spending it again, since all of those block chains can be verified as “untampered”

Every coin is created and published

Each block as explained earlier can have multiple transactions

The problem here is a centralized transaction management system, Scrooge is the coin creator and destroyer since scrooge keeps the history

Paxos - never produces inconsistent result, but under some conditions can get stuck.

The problem we are trying to solve is a distributed consensus protocol, where a chain of trust can be maintained. Remember that there is no identity for each of the nodes in the blockchain rather the blockchain is provided tokens!

Bitcoin consensus algorithm (simplified) This algorithm is simplified in that it assumes the ability to select a random node in a manner that is not vulnerable to Sybil attacks.

The following is an example of a double spend attack.

In this attack Alice is a malicious agent, who defrauds user Bob by sending him some money and then sends the same bitcoin to herself using a pseudonym. Given that Bob allows the transaction to proceed immediately after receiving the money, there is a high probability that the Ca→A’ transaction will proceed having the longer chain rather than the Ca→B transaction. Thus being a successful attack

Now let us see how bitcoin defends against this attack by seeing the same transaction from Bob’s viewpoint.

So there is no consensus guarantee, but after several confirmations there is a very high probability that the transaction is true and finished. 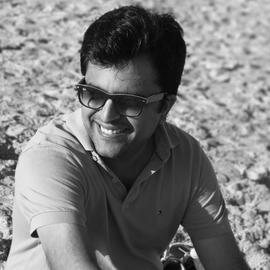